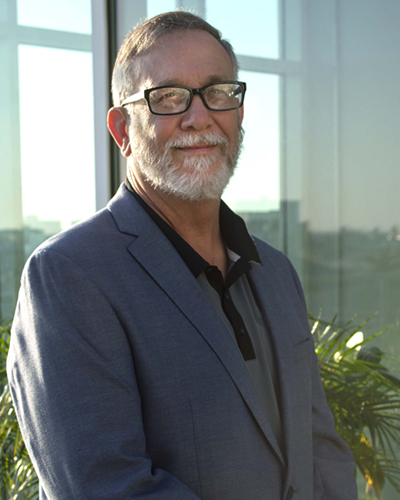 John has over 20 years of experience in national collegiate and professional large-scale event management and booking. He previously served as Vice President/General Manager of AT&T Center (San Antonio, TX) where he oversaw operations of the building through three NBA Championships in a 10-year span. John also served as the Director of Operations for Phillips Arena (Atlanta, GA) where he oversaw the construction and development of the facility prior to opening and operations. He utilizes his experience directing operations for some of the country’s most popular venues in his role as Account Executive for the Sports Facilities Companies

In this role, John oversees efforts to drive financial growth and community engagement for a diverse group of facilities, including well-known sports tourism destinations and large recreation centers. John is a trusted resources to clients and guides them through a variety of processes, including start-up operational development, event booking, program development, and risk management.

John consulted with numerous groups and organizations throughout all areas of sports management, technical systems, staffing, operations and finance. In 2014, he joined the Orlando Venues Team (a division of the City of Orlando) as the Stadium Operations Assistant Division Manager of the Citrus Bowl, where he was in charge of numerous high-level, high-attendance events including: NCAA college bowl games, the NFL Pro Bowl, MLS soccer, International Soccer Copa America, and numerous concerts and festivals. Additionally, John worked on the construction and development of the Barclays Center in Brooklyn, NY prior to establishing his own consulting business “Sage in Sight” in August of 2012.

John served his country for over 20 years in the United States Navy where he worked in roles related to engineering, gas turbines, and propulsion for several aircraft carriers while ascending to the role of Gas Turbine Systems Master Chief.

*Please note: Projects completed prior to joining the firm.